Faced with COVID-19 ... "We must cultivate our garden"

The last ten days appear to have shaken the world in general.  News junkies will have been aware of COVID-19 since the beginning of the year.  I made some long flights to and from in the US in late January and I wore a face mask, even though only a couple of cases had been diagnosed in the US and none in Latin America.  I was not the only one, perhaps 1/20 were doing it.  However, the announcement of the World Health Organization on March 11 that there was an official pandemic coincided with the beginning of the drop of the stock markets worldwide. These came only a day or two after the first two positive cases were identified here in Bolivia.  Bolivia announced the grounding of flights from Europe, with the last one arriving Friday the 13th in the morning.

I think that many around the world realized that “IT” had arrived.  The transitional president of Bolivia announced sweeping measures that came into place on Monday the 16th of March.  With less than 10 confirmed cases nationally, and no related deaths, an 1800 to 0500 curfew came into being.  The workday was shortened from 0800 to 1300 and intercity and interdepartmental land travel was prohibited, with a few flights are still happening between cities. Starting at midnight on the 21st of March we are going to 14 days of “total lockdown”.

These measures have been prudent and decisive given Bolivia´s woeful, on average, government health care system.  There are allegedly 234 Intensive Care units for a country of 11 million but these are already 90% occupied[1].  There are allegedly 6 respirators in Santa Cruz a city of well over 1 million inhabitants.  The last few nights (with a muted interlude for Father´s Day) my town in the Bolivian Amazon has been far quieter than that it has in the 25 years I have lived here.  It is occurring to many people that it will take a long time to get back to normal, and that normal may be very different from how things were two weeks ago.

But it was not until the 20th of march that the following idea really hit me: Food is going to get scarce. It is going be scarce in relative terms everywhere and this scarcity will hit the most vulnerable soonest, longest and hardest. We do not know how long this scarcity will last.  When food is perceived to be scarce the price goes up and the poorest become even more vulnerable.

In Bolivia´s case, the more successful the country is at “lowering the infection curve” and we have just about the lowest curve so far, the longer the country is going to have to close borders severing our food supply chains. The country is - on paper - a net food exporter due to relatively extensive soya production on the southern edge of the Amazon.  However most of the food that most of the people eat on daily basis has come increasingly from Peru, Chile, Brazil and Argentina, in that order.  Simply put, over the last 14 years it has become much cheaper to import foods, even our historical potato, than to produce them in country.  All of our neighboring countries have a “sharper Covid-19 curve” than Bolivia so far so.  At what point will Bolivia feel it can open its borders?  We could see a time when the government will have to decide “do we let older people die at a faster rate or do we let people get increasingly insecure with respect to food”.

How long could this last?  My town has lived off of ecotourism for over 25 years, but the last tourists have left and who knows when they will be back in significant numbers.  International flights have essentially stopped worldwide; airline employees are being laid off.  The pandemic will have to be more or less over before the airlines rehire, even longer before people resume coming to visit the Andes and Amazon.  And even longer before local people are back to affording as much food as they could two weeks ago.  Much of the country depends on mining, the products of which were bought, on average, by China (who also has bought our soya).  When will China be buying more minerals?  The national government depends on oil income.  When will oil prices come back up again?

Critical thinkers will realize that it is much broader than Bolivia.  It is an essential issue everywhere.  Nobody in the world has antibodies for this virus, unless they were infected in the last three months, and recovered.  Clearheaded estimates suggest that the disease will calm down when populations have 70 to 80% resistance between those that have immunity and those that have been vaccinated[2]. Angela Merkel was criticized for having said as much[3] yet at the same time Germany is apparently among the countries that have dealt best with the crisis, as measured by death rate of confirmed cases. A vaccine is reportedly many months away, and 70% of resistance is a long, long, long way away.

In another example, a significant part of Chile’s economy is based on producing fruit for the North American market.  But borders are closed.  Food will rot where it is, harvesters will lose their jobs, these people will have less money to buy food, in an area where some foodstuffs are rotting.  There will be less food in the US, though presumably people can find alternatives to Chilean grapes and cherries.  Yet the internal organization of food production in the US is considered to have been broken since I was in university in the early 80s. One example that I am familiar with recently is the case of West Virginia which is considered to be the state with the most fresh water per capita in the US, along with some of the highest rates of unemployment.  Yet it imports much, if not most, of its food from California which has a chronic, severe water shortage, chronic agricultural labor shortages, and is thousands of miles away.  West Virginia has more natural resources than necessary to feed its population.  But the system is broken.

Today the Guardian had an article quoting a British Food Policy expert and the title was “We are in serious trouble: The other crisis – our food supply”[4]. Among the relevant and timely quotes from Tim Lang was “We (Britain) have a massively fragile just-in-time-for market supply chain which could  easily collapse, a depleted agriculture sector which produces around 50% of the food we actually eat, leaving us at the mercies of the international markets, and production methods which are damaging to the environment and human health.”

In this view the increasingly broken systems of food production and supply chains around the world will really break under the strain of the Covid-19 pandemic. Many friends and colleagues are saying “Good, the system needed radical changing anyway”.  There are common issues to what is happening very quickly with the pandemic, and what we would expect to happen if human-induced climate change were not addressed.  Paul R. Ehrlich has recently written an article on the interconnectedness of these issues in considerable detail[5], but that is not my purpose.

The issue that has come the fore of my mind is that whether we rebuild the old, broken system, or build a new, untested system, it is months if not years away.  In the meantime, the most vulnerable people in our societies, many of whom were food insecure in the system that we had up to two weeks ago, are headed for a cliff.  Though worldwide the percentage of people suffering from different forms and degrees of malnutrition has been dropping over the last 3 decades, these improvements are not locked in, they are not guaranteed.  If supply chains are disrupted these hard-won improvements could quickly erode.

My objectives are not to simply add to the doomsday talk.  They are instead to alert people to an issue that is not yet widely appreciated, but also to urge a possible, partial solution: plant a garden.

By one estimate 88% of the world’s population lives north of the equator (Figure 1).  That means that for most of the world’s population NOW is when you should be starting your garden, or helping other people to expand and tend to their gardens.  I believe that it is compatible with appropriate social distancing and the need for people to get fresh air and exercise.  And if I am wrong, then at least you will have access to some nutritious food over the next few months (Figure 2.)

I conclude by remarking that as a soil scientist and agroecologist I had only a smattering of philosophy in my education and one of the few things that has stayed with me is Candide by Voltaire.  In it a young optimistic man along with his mentor, Professor Pangloss, start out in Eden and move through the world expounding the philosophy that "all is for the best" in the "best of all possible worlds".  It is an allegorical novel that satirizes the religious and philosophical idea that everything bad happens for a greater purpose.  Horrible things happen to Candide in each chapter, war, rape, shipwreck, he ends up in South America, gets captured and almost cooked by a tribe called los Orejones.  All of this time Candide says that “all is for the best”.  Finally at the end of the book he decides that he cannot change the world and that he that he should just go cultivate his garden.
I identified with this concept at the time and have ever since:  That in this world where horrible things happen, to stay sane you “must go cultivate your garden”.

A literal translation of the French “Il faut cultiver notre jardin” would be “what is lacking, is for us to cultivate our garden.”

In these days of accelerating bad news, social distancing, quarantine, pandemic and likely severe disruption of food chains, what is lacking is for everybody who can, to go cultivate your garden.

Email ThisBlogThis!Share to TwitterShare to FacebookShare to Pinterest
Labels: Faced with COVID-19 ... We must cultivate our garden

Faced with COVID-19 ... "We must cultivate our garden"

The last ten days appear to have shaken the world in general.   News junkies will have been aware of COVID-19 since the beginning of th... 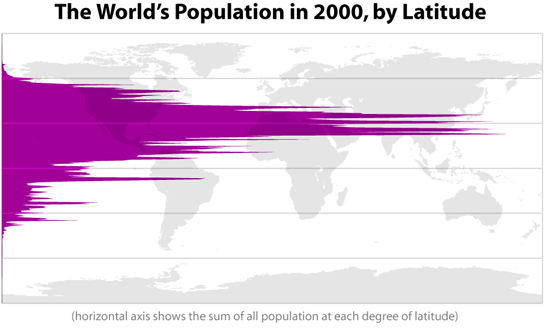